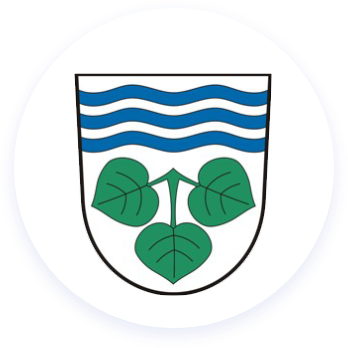 The village Tišice in today’s organizational incarnation,was formed in 1960 by merging three historic villages – Tišice, Chrást and Kozly. The oldest part is, at least according to surviving records, Kozly. The first written mention of Kozly is placed in 1052, when the prince Břetislav I. donated his princely estate to the Stará Boleslav‘s chapter that he founded. Kozly was in possesion of the church until the Hussite wars. Then their ownership was replaced by series of owners until it was bought in 1584 by the Emperor Rudolf II, and  later donated to dominition of Brandýs.

The local Church of All Saints was built in 1352 in the early Gothic style. Its present form dates from 1822, when the tower was built and the ground plan was modified. Now the church is a state protected monument. In the last 3 years, it has undergone an overhaul of its entire exterior, including a new roof and facade, and thus fits well into the overall reconstruction at the center of the local cemetery where it‘s located.

The first written record about Chrást was in 1380 and the first one about Tišice is dated around 1400. The settlement of the whole area is, however, much older. This is evidenced by numerous archeological findings, some of which are world’s most unique and well recognized findings. The oldest findings are from the period of about 2000 years before AD.

, Marie Podválová. In her early childhood she immigrated with her parents to Chrást and then frequently returned to their family house until her death.

Tišice with its 2,144 inhabitants (dated from December 31st, 2013) is situated on the right bank of the Elbe river, 10 kilometers from Mělník, on the road Mělník – Stará boleslav.

At present time only a minor part of the population works in agriculture. Most of the people commute to work in neighboring Neratovice or to Prague’s enterprises and offices. Thanks to a short distance from Prague, Tišice is a popular place for cottagers, as it has now 196 chalet homes registered. For recreational and relaxation purposes, many local residents, cottagers and summer visitors use a lake made from a former sand pit where they can have a great swim, surf and fish.

The Elbe’s billabong, known as the Old Elbe, is called a fishing paradise. Hunters from all over Bohemia seek a modernly equipped asphalt shooting range with targets and a stylish hunting club. Old floodplain forests along the Elbe river are an attraction for long walks.

Change in appearance, Structure of pages, print out